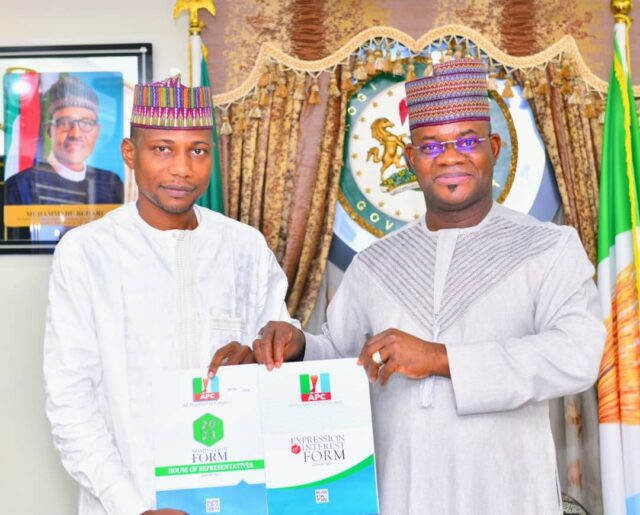 As the race to occupy the green chamber of the National Assembly heats up, the ambition of a popular aspirant under the All Progressive Congress (APC), Dr. Abdullahi Sanni Ozomata has received a massive boost.

This comes after presenting his nomination and intent form to Kogi State Governor, Alhaji Yahaya Bello for his blessings in his quest to represent the people of Okene/Ogori-Magongo Federal Constituency.

Dr. Ozomata has been described by many as the right candidate to occupy the seat considering his antecedents and his dynamism especially in administration and project execution.

A cross section of constituents from the region have given their preference to the emergence of Dr. Ozomata, saying they have suffered poor representation in the past.

According to them, the emergence of Dr. Ozomata will not only bring succour to them but propel rapid development to the region which they have lacked for many years.