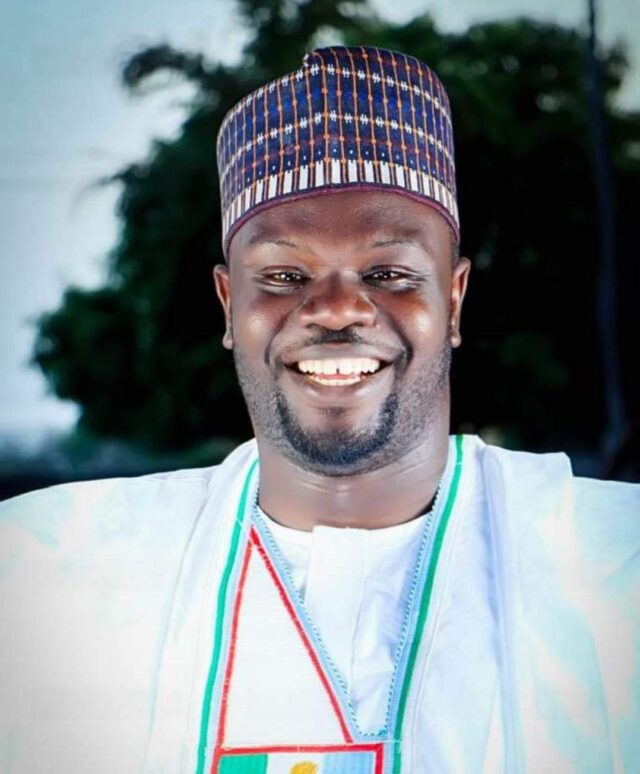 He is an indigene of Ajaokuta L.G.A, intersect from Upake – the ancestral home of Ebira people. Born and raised in Ilorin, Kwara State to the family of Late Alh Abdulazeez Ohiare Abu (DG) & Mrs E.F Abu (J.P).

Mr Jibril Schooled at the United States Institute of Peace (USIP) where he obtained a Certificate in Conflict & Resolution. He went on for a PGD in Education and Masters in Criminiology (in wait) at the NOUN.

He became the youngest man to ever hold a Federal Appointment as a Member, National Commission for Nomadic Education, Kaduna in 2007.

He left familiar surroundings for his Secondary School Education in Federal Government College, Kwali, Abuja where he commenced and ended in 1998.

As a result of slow admission process, he decided to brisk into Federal College of Education, Okene to obtain a Diploma in Computer from the institution in 1999.

That same year (1999), he secured admission to run an IJMB in Kogi State Polytechnic Osara, in a bid to secure passage into the higher institution. This did not materialize at the end of the program until 2001.

His dream was to study Land Survey like his Father, but In Usman Dandfodio University, Sokoto where he was eventually admitted in 2001, it is stidied under a broader course known as Geography. He secured admission to study Geography (Environmental Management) same year.

His compulsory mandatory service (NYSC) took him to Bille, an Island offshoot of Degema LGA in Rivers State whence he began his life afterwards.

Mr Jibril Abu was to study at the United States Institute of Peace (USIP) where he obtained a Certificate in Peace & Conflict Resolution. He went on for a PGD in Education and a Masters in Criminiology (in wait) at the National Open University Nigeria.

His sojourn into politics has been as agelong as when he became an adolescent. He grew under the direct tutelage of His Father who was a politician to the letter.
A brief mention of the Political offices held by his Father are:
• 1st Sole Administrator, Ajaokuta LGA,
• DG Ministries of Education, Commerce & Industry;
• Ag SSG, Kogi State.
• PM T & E, LGSC, Lokoja.
• Member National Commission For Nomadic Education
And other political offices and Committee membership within and outside the then Old Kwara State and now Kogi State.

Mr Jibril Abu’s instance into politics was ignited in 2007 when he held a Federal Government appointment as Member, National Commission for Nomadic Education in Kaduna State. He became the competent hand in replacing Late Alh A.O Abu who had held the position until he pulled off the vest of life.

By virtue of sheer divinity and grace, he proceeded to bask appointments/Positions as
~ Secretary to the Local Government, Ajaokuta LGA from May 9th 2016 – May 27th 2018.
~ State Publicity Secretary, APC, May 2018 – Oct 2019.
~ Director General of Protocol to the Kogi State Deputy Governor from Oct 2019 till his voluntary stepping side to step up to the target-seat of the State House of Assembly Seat, representing Ajaokuta State Constituency under the Party in Power, the All Progressives Congress (APC).

In all positions Mr Jibril Abu held sway, he has reached out in the areas of

As P.R.O, he used his links with the State Government to secure all 360 Publicity Secretaries of the Party under his watch with brand new Motobi motorcycles. This has never happened in the rich history of Party politics in Kogi State. The closest to this feat is that of the 21 LG Party Chairmen of the APC that received such empowerment of 21.

Mr Jibril Abu is married with children who is fully encapsulated by happiness and blessings of a fulfilled home made so possible by the virtue of sheer divinity and grace. He is soft, easygoing, brave and outspoken. He is known with a Name in writing – WISDOMBANK.
The name is a direct definition of his personage as wisdom is demonstrated in his thoughts, talks and actions.

Ever met a man who exemplifies the biblical instruction of being
Quick to listen,
Slow to speak,
Slow to anger
But highly decisive?

He is an embodiment of love and all that is good and comely. The brainbox that gives life to an institution or office he is found. He steps into the office/position and gives it a total turnaround.
Witty and caring, he is a man who knows the best time to strike, when the iron is RED.

Mr Jibril Onoru-Oiza Abu (WisdomBank) is vying for the seat of House of Assembly, Ajaokuta State Constituency in Kogi State under the All Progressives Congress.