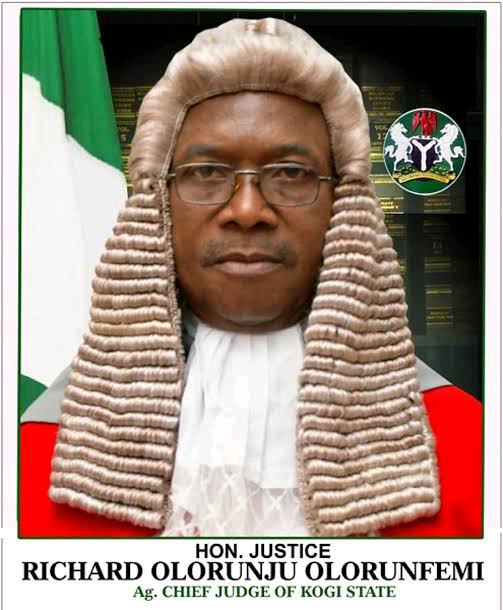 Yahaya Bello, Kogi governor, has sworn in Justice Richard Olorunfemi as the new chief judge of the state.

In the same vein, Justice Isaika Momoh-Jimoh has been sworn-in as the President of Kogi State Customary Court of Appeal.

The swearing-in ceremony took place at the government house in Lokoja.

The Governor who was represented by his Deputy, Edward Onoja said the state has huge expectations on the new Chief Judge and President of the Customary Court Of Appeal, urging them to discharge their duties without fear or favor.