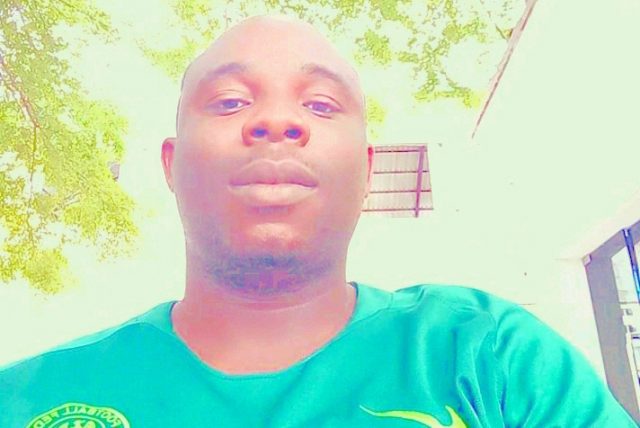 My name is Fanisi Temitope Babatunde and I am a 35-year old Nigerian from the North Central Geopolitical Zone, one of the two most disadvantaged and deprived Geo-political zones in Nigeria.

I write because it is my prayer and wish that the leaders of my nation and my political party the APC listens to the pulse of Equity and Justice and start taking steps long before 2023 to correct historical inequalities that do nothing but gnaw away at the pillars of our national unity.

One thing has become pretty obvious in the wake of various agitations across Nigeria by the youth – the younger generation wants to see one of themselves elected President in 2023.

This is a laudable objective, and the logical sequel to the ‘Not Too Young To Run’ Act and #EndSARS protests. It is also an idea whose time has come. Not only that but it has every chance of success if handled with the seriousness and political savvy it deserves. On the other hand, a haphazard approach will simply reduce it to child’s play and produce the same results as in the past – the youths will be outsmarted by wily old politicians and in 2023 Nigeria will end up with another septuagenarian to nonagenarian in power. I pray not and dare to say God forbid.

For one, all that nonsense about trying to elevate to presidential material one fast-talking, social media influencer who does not know the way to his own village, much less the path to the hearts of the masses across Nigeria, should just end with 2020. She or he won’t even get one vote at the Primaries of any self-respecting political party, and good luck trying to patch together one moribund political platform at the last minute and trying to take it national. You won’t even satisfy the basic INEC requirements on national spread.

As a student of political strategy under some of the best around, I only see one way to the Presidency for a youth, and it involves ‘quick wins’ and ‘low hanging fruits’ that we must grab the way a drowning man grabs at straws. Quick wins and low hanging fruits for 2023 will necessarily include the all important acceptable age bracket as well as political equity and fairness in the context of Nigeria’s 4th Republic.

Thus, the first thing we the youth must do is mobilise around a younger politician who has previously developed himself to a vantage from where he has a clear shot at the No. 1 job, with a preexisting political structure from which to take that shot. Any attempt to psychoanalyse the candidate for saintliness while nitpicking his record for a perfect match with the fabled philosopher-king is a recipe for failure.

Note that for common sense purposes, I am forced to define ‘youth’ in this context as preferably anyone still under 50 years of age by 2023 but extendable to 60 if such a candidate proves remarkably youth-friendly. Anything above 60 should be both anathema and Haram.

The reason for this extension is not far-fetched. The project is sacrosanct and we have to be flexible enough to co-opt manpower into its service when necessary. Moreover anything before 60 is a generally accepted age for active service. After that age, the human person tends to diminish drastically in strength, performance and effectiveness.

Once the issue of age is settled, if the aspiration for a youthful president in 2023 is to have any appeal to a broad spectrum of voters it must go beyond age and satisfy other key indices which will make a presidential candidate acceptable across board in 2023. I am forced to admit that whatever we do it will be a herculean task, but I know that it will become an impossible task if we don’t get 3 basic things right.

No. 1 – Political Experience, including name and face recognition.

No. 2 – Track Record. The man with a track record has captive voters, also known as a support base. Every polling unit, every ward, every local government area and even every state where he or she has made a difference will be in his corner in every political bout. Voters tend to classify all politicians as devils – but as our people say, ‘the devil you know is better than the one you don’t’.

No. 3 is Political Capacity. Can he or she carry an election? One, and most importantly, does he have a structure that can confront the meanest electoral machineries in the country and hold its own? Two, and equally as important, can he fund an election? One cannot succeed without the other and the absence if both is stillbirth.

Elections in Nigeria are devilishly expensive projects, and I am talking billions and billions. Even the constitution and electoral laws design it so. Just opening offices from national to states to LGAs, not to mention Wards and Polling Units will disqualify most. And you haven’t talked about the retinue of electoral officers you need at every level to get out the votes and safeguard your votes.

To break it down, the youth need to find a candidate who has or who can find, including by borrowing, the billions he needs to prosecute a campaign. Forget this largely fantasy idea that some penniless stranger can somehow influence his way to the Presidency relying on crowd-funding to buy his INEC form while pinning his hopes on crowd-sourced volunteer electoral workers who spend their own money. #Kolewerk, simple.

Since 1999 the President and his vice have rotated between South and North and back again while somehow sidestepping 2 main component regions. I will encourage the youth, if they are serious, to look out from among themselves an excellent experienced leader who comes from these 2 untried Zones, now that a consensus is rising among Nigerians of conscience that the two are the areas most entitled to produce the President and Vice President in 2023.

Determining the 2 zones is simple as ABC. They are the two northern and southern geopolitical zones which have not had a shot at both top offices in any guise at all since the advent of the 4th Republic. They are easy to determine by a cursory glance at the data:

(This is assuming all things being equal till 2023).

In all of this, 2 Geopolitical Zones have remained back-benchers from the entire power-sharing equation. It will be nice to say they were ‘excluded’ thus pinning blames on others, but you and I know that their own decisions, choices and various errors of omission and commission also played vital roles.

In a setting where might is right they may remain excluded forever, but Nigeria is not founded along those lines. So, let us just agree that it is their turn in the spirit of national equity. It is only morally right and fair for Nigerians and the Political Parties to look in the direction of these 2 other GPZs for equity, balancing and fairness sake. It is also common sense.

They are The North Central Geopolitical Zone comprising the 6 States of (Benue, Kogi, Kwara, Nasarawa, Niger and Plateau) and the People of the South East Geopolitical Zone made up of 5 States (Abia, Anambra, Ebonyi, Enugu and Imo).

In conclusion, if the younger generation truly believe that they are not too young to run and that 2023 is their turn, then they have to think strategically. No emotive quibbling or sentimental drivel. The political game must be played with all the seriousness it requires to produce a ticket hot enough to cause a scramble.

Based on our discourse, such a ticket will include a Presidential candidate and running mate of a major political platform who are both 60 years or less in age and come from the North Central and the South East. If the youth can put everything into achieving this objective, they will watch Nigerians rush their candidates like hot cakes.

I desperately hope that the youth can pressure one of the 2 major political parties to present Nigerians with this dream team come 2023. If we do, especially if we keep both below 50, we can pull off a delightful upset to give our nation something refreshingly different in leadership composition, especially if they are faced with a far older pair on the other side. However, if we go at this project without tucking the appropriate boxes, we may receive a rude shock. Personally, I belong to the All Progressives Congress and I see no reason whythe lines and indices cannot fit.

The Deputy Governor of Bauchi State, Nuhu Gidado, has resigned