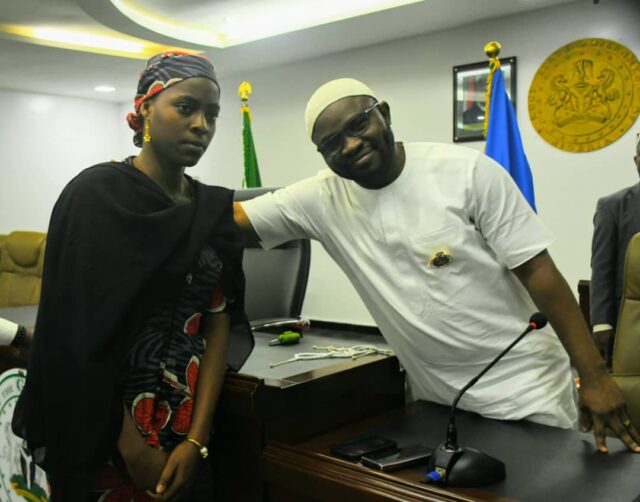 The Chief of Staff to the Governor of Kogi State, Pharmacist Asuku Abdulkareem has in his usual compassionate manner awarded scholarship to the daughter of the Late Alh. Muhammad Onusagba, the former Majority Leader of the Kogi State State House of Assembly who represented Okene 1 Constituency.

Chief Asuku described her father as a patriotic citizen who served the state with modesty until his death, promising to sponsor his daughter’s education to any nigerian university of her choice.

FG to devote more resources to agriculture in 2018