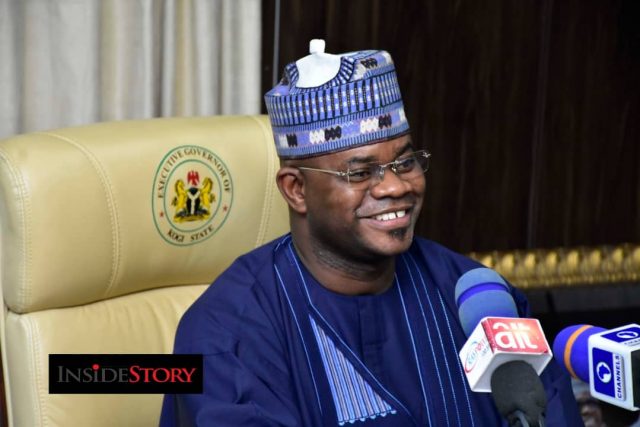 That Kogi State is not prepared for true leadership and governance as expressed by Gov. Bello’s New Direction Administration is being palpable.

Corrupt Civil service is a clog in the wheels of a fortunate Nigeria, it has eaten/is eating deeply, killing the progress of States and Local Governments as well.

Before going into details, I will like to establish that we can’t arrive at a State of our dream without putting into cognisance the saying, “NO PAIN, NO GAIN”.

It is on record and become traditional that most Governors and even past Presidents in the history of Nigeria will never attempt fixing the exact problem of State/Country in their first term, as they are respectively skeptical of what “people will say” and their political second term interest.

It is a fact that Gov. Yahaya Bello has dared what other Governors/Presidents will not do, taking the bull by the horn, by painstakingly attending to the exact problems of the State which are mainly INSECURITY, CORRUPT CIVIL SERVICE and LACK OF BASICS FOR GOOD GOVERNANCE.

In tackling the corrupt civil which gave birth to the retrogressive tag of calling Kogi a “Civil Servant State”, Gov. Bello conducted an all encompassing Civil Service Reform which all other previous Governors refused to conduct because of the ‘fear’ of the people.

In order to also make Kogi State self sufficient, the State Government under Gov. Bello also keyed into the diversification of the Federal Government into Agriculture and extraction of other Raw Materials aside Crude Oil.

This diversification gave birth to the Omi Rice Mill project, the Cassava Ethanol producing innovative amongst others.

Governor Yahaya Bello has also taken the pain to established institutions and agencies, thereby setting the foundation for good and developmental governance in the State. Example of such is the reestablishment of the State Internal Revenue Board amongst others.

All of the New Direction programmes are being felt and acknowledged by the Kogi Masses, they are testifying and chanting support for his second term.

Like ever, Gov. Yahaya Bello remains the best bet for Kogi State.