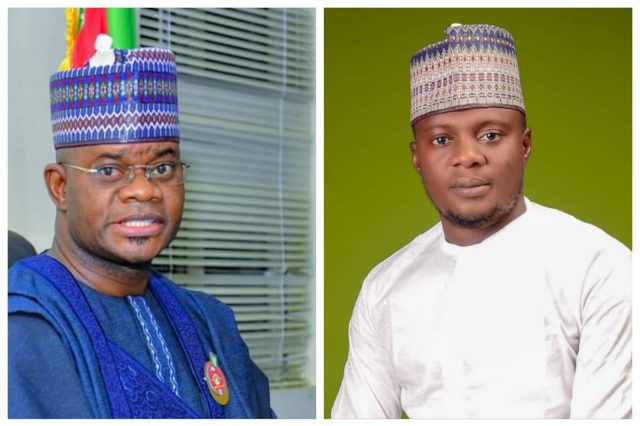 The Kogi State Coordinator of the group, ‘GYB2PYB Youth Support Group’, Comrade Usman Umar has urged the state governor, Yahaya Bello, to accept the call to contest for the office of the President of Nigeria in 2023, saying that he holds the key to unlocking the door to the foretold future of the youths.

The group which is an amalgam of several other youth groups, in a statement on Thursday said Governor Bello possesses all the qualities and requirements to hold the office.

Comrade Umar who advised the All Progressives Congress and it stakeholders to begin to direct their sail towards the candidature of Governor Yahaya Bello, explained that the youths of the country have resolved to rally round him to actualise the needed development for the country.

He said; ordinarily, the call on Governor Yahaya Bello to run for president should have formally emanated from us being the immediate beneficiaries of the good governance and inclusiveness of the Yahaya Bello administration in Kogi State. However, we needed to allow the whole world judge and decide for themselves. Now that the youths of Nigeria are unanimous in their call as referenced in the 15 million signatures recently collated and submitted, it therefore gives us the impetus to amplify the call from home which was before now echoed mutedly.

“It is in this regard that we the Kogi Youths are moving forward to urge our beloved governor to contest for the office of the President of the Federal Republic of Nigeria come 2023.

“We are convinced with empirical evidences to show that Governor Yahaya Bello possesses all the qualities and requirements to hold that office being a young man with foresight, impeccable records and political clout”.

Umar further said the call on Governor Bello to contest for presidency is premised on the resolve of the youths to actualise their collective dream of a united and prosperous Nigeria through one of theirs at the helms in 2023, adding that such must be one that is fearless and undaunted in defending, upholding and promoting the rule of law, detribalized, and must be a unifier with great intolerance for insecurity. He said the Nigerian people have seen how much in his courtesy, generosity, humanity and patriotism Governor Yahaya Bello conformed to the picture Nigerian youths drew of their leader.

“The giant strides of Governor Yahaya Bello in security, agricultural revolution, infrastructural development, youths and women empowerment, as well as the unification of an heterogeneous state like ours; is what we want replicated at the national level.

“We trust that our fathers; President Muhammadu Buhari, Asiwaju Bola Ahmed Tinubu and other stakeholders who are lovers of youths advancement will action their support for the Not Too Young To Run law by supporting this collective echoing of Nigeria youths which incidentally is for one of their worthy son and party man who has demonstrated leadership capacity, loyalty and the political knowhow to further the developmental ideals of the party.’

Umar noted that Bello sees the Nigerian youths as his number one constituency and he also regards them as the future of our great country, hence they will mobilize all Nigerian youths for their own. He asked Yahaya Bello not to let the youths down by declining.

I Would Have Burnt My PDP Card, Flag If Sheriff Won: Fayose

Dembele out for up to four months