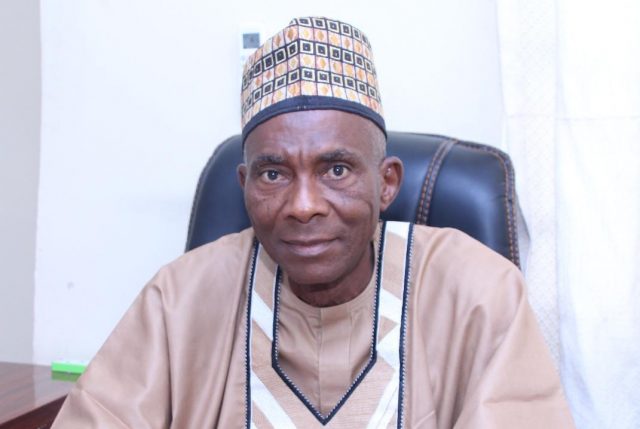 As Kogi State marks thirty years of its creation, many are the positive developments the State has recorded in both human and physical development.

This is the remark of the Chairman of the Kogi State House of Assembly Service Commission, Alhaji Andas Malik while commenting on the journey of the State so far.

The Chairman who described the journey as a milestone, noted that the State has witnessed great changes in terms of infrastructural growth and human development from it’s creation spanning to this present time.

According to him, the State has fared well and is destined for greatness given the commitment demonstrated by Leaders who through love for the State’s development,, dedication, resilience and patriotism worked assiduously to see the State grow from its cradle to its current state.

In education development, Alhaji Andas maintained that the State’s tertiary institutions, primary and post primary schools came to existence following the creation of the State which has made the acquisition of knowledge easy for the people with improved capacity in various fields of endeavor as well as many health institutions to also cater for the health-needs of the citizens who hitherto travel far to access health care.

Agriculture he explained received a boost as governments at the State and local councils have continued to provide farmers with incentives to grow their crops thereby improving the people socio – economic well being among other notable achievements of importance to the people.

While commending successive governments for their efforts in ensuring that Kogi State is reckoned with in the committee of States, Alhaji Andas strongly avered that under Governor Yahaya Bello, the changes witnessed are unprecedented.

Worthy of note is the safety of lives and property, establishment of the Confluence University of Science and Technology, Osara, rehabilitation and building of ultral modern hospitals across the three Senatorial Districts, rehabilitation of roads, Women and Youth empowerment to bring the people at per with their contemporaries in other States created long before Kogi State.

Other areas of interest he mentioned are electrification of rural communities, reform of the State Civil Service, establishment of Kogi State House of Assembly Service Commission which was dreaded by past Governors of the State.

He particularly commended the Incumbent Governor, Alhaji Yahaya Bello for having the political will to create the Commission and constitution of it’s Members with necessary support to carry out it’s statutory roles.

According to him, the workings of the State Legislature have become strengthened with the establishment of the Assembly Service Commission, saying with the development, the Members commitment to legislative business has received a boost and this will result to legislating for the good governance of the State.

He expressed hope that given the infrastructural development recorded in the last thirty years more could still be done with the collective responsibility of the people making Kogi State head for its destiny.

On behalf of the Members and Staff of the Commission, the Chairman congratulated the Governor, Citizens and non Citizens resident in the State for the thirtieth anniversary of the State and the journey so far and enjoined them to continue to lift their Leaders in prayer to take the State to greater height.

BNDU passes vote of confidence on The New Direction Administration