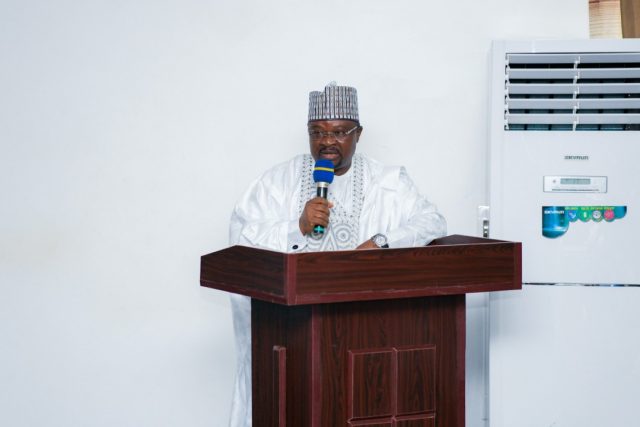 A chieftain of the All Progressives Congress in Kogi State, Engr Abubakar Ohere has assured the people of Kogi State that the 2nd term of the incumbent Governor Yahaya Bello will bring more democracy dividends and prosperity for the people of the state.

Engr Ohere who is the commissioner for Local Government and chieftaincy Affairs and leader of the Kogi Central political appointees disclosed this while receiving some members of opposition parties that recently decamped to the APC in his office.

He said Governor Bello with the support of the people has carried out necessary reforms in various sectors with tremendous results adding that unprecedented progress and development are in the pipeline in the 2nd term of Bello’s administration considering the bottlenecks that have been removed in his first tenure.

Ohere further described the choice of Edward Onoja as running mate for November 16 polls as needed requirement for party’s victory at the poll giving his experience and proven capacity as Chief of Staff to the Governor.

The Chieftain, however, noted that Governor Bello may have had some hitches in achieving his vision for the state totally owing to the kind of deputy he had.

The estranged Deputy Governor, Ohere described as not totally committed to the Governor’s plans, noting that with a deputy like Hon Onoja who shared in his dream as his Siamese twin, that he would succeed.

He said Edward Onoja has shown unprecedented zeal and passion for the development of the state, a trait he noted is similar to the Governor’s passion, hence the strong bond of affection, trust and burning desire between them in order to bring prosperity to the state.

“His choice as the Governor’s running mate is the best for the people of the state. He is an exemplary leader with brilliant ideas, experiences and determination to attract development to the entire state. This is a team that deserves all of our collective support as a people for Kogi State to grow. The incumbent governor ran his campaign in 2015 without a running mate but today he is seeking a second term with a formidable running mate I, therefore, assure you that our party will record unprecedented ed victory on the 16 of November across the state”.

While thanking the group for their solidarity and desire to support the second term bid of Governor Bello, he urged them to also return to their people and preach the beautiful gospel of the Governor so as to ensure overwhelming victory for the APC in the November election.