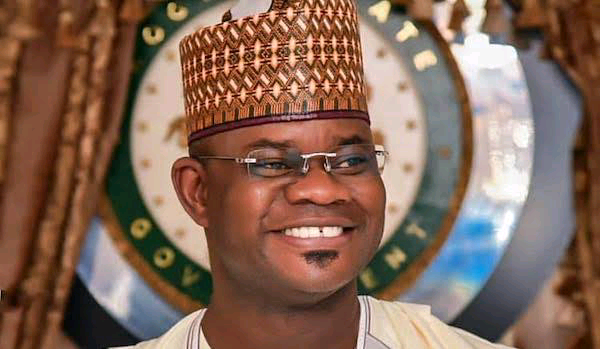 His Excellency, Alhaji Yahaya Adoza Bello, is the Governor of Kogi State, in the North Central Geopolitical Zone of Nigeria.

Yahaya Bello is a prominent Nigerian entrepreneur with diverse and humongous investment interests across several sectors of Nigeria’s economy. Old friends agree that not only is he divinely blessed, but that he was blessed early. They testify that he became a billionaire before his 24th birthday, nearly 15 years before his foray into politics.

Those who know His Excellency well will also tell you how the young Adoza always felt hurt by the underdevelopment of Nigeria and his native Kogi in particular, especially how the roots of that corruption grew in the soil of rampant and arrogant corruption by the political elite and their public service and private sector collaborators. He was pained no end by the suffering of the ordinary citizen and driven by radical ideas of a dream nation. His friends recount how all of the foregoing, along his belief in President Muhammadu Buhari as the Change Agent for Nigeria, finally motivated him into a foray into politics, at which he has also proved very successful – just like in everything else he has tried his hand.

Born on 18th June, 1975 in Agassa, Okene Local Government Area of Kogi State, he spent most of his early childhood in his native Kogi State during which period he completed his early education before leaving to earn secondary and tertiary education qualifications in Suleja, Niger State and Zaria, Kaduna State respectively.

His Excellency bagged an outstanding Bachelors Degree in Accounting and an MBA in Business Administration from the prestigious Ahmadu Bello University in staccato fashion. He threw himself into his duties at the Revenue Mobilization Allocation and Fiscal Commission (RMAFC) where he was posted for the mandatory 1-year National Youth Service Corps. During his service year, he launched the Fairplus Group which would later blossom into a conglomerate. The young Yahaya Bello so distinguished himself at his duties that he was rewarded with retention into full employment by the Commission.

Alhaji Yahaya Bello refused to rest on his laurels and quickly became a Chartered Fellow of the Association of National Accountants of Nigeria (ANAN) in 2004 while continuing to excel at work. He earned rapid fire promotions within a short while and he ran up the ranks through Revenue officer, Revenue Officer II, Accountant and then Head of Department at his employer’s Zonal Office in Makurdi, Benue State.

Yahaya Bello’s undeniable dedication to duty catapulted him through the ranks into the commanding heights of a Civil Service career at a relatively young age when he was promoted Assistant Chief Accountant of the Revenue Mobilization Allocation and Fiscal Commission (RMAFC) of Nigeria.

Yahaya Bello, who had became a consistent and fearless investor in Nigerian Stock market boom of the early 2000s spanning his NYSC days and his early civil service career, was able to grow his nest egg into substantial wealth. He distinguished himself as a good judge of trends and reinvested his money in real estate, transportation and other profitable sectors. This helped him to avoid being hurt by the global economic meltdown of 2007-2008. Ever restless for fresh opportunities, he took the bold step of voluntary resignation from the Civil Service, and became a full-time entrepreneur. As the MD/CEO of a burgeoning conglomerate, he made numerous successful investments in the years following.

His Excellency, Governor Yahaya Bello is the chairman and founder of the Kogi Youths Arise Group, the political action group with which he prosecuted his campaign for Office in 2015 and was elected as the youngest state Governor in Nigeria at the time. The group’s twin tenets of ‘not too young to run’ and a ‘New Direction Agenda’ encapsulates the Governor’s passion for youth to get involved in politics and to try out fresh, if controversial ideas, in Office.

For his sterling successes in governance, Governor Yahaya Bello is the recipient of many awards from prestigious institutions, both within Nigeria and internationally. It is however a measure of His Excellency’s values that one of the most cherished is the first ever Inspector-General of Police Award for Excellence In Security Governance. It was an award bestowed exclusively on him by Nigeria’s then top cop for his Administration’s successes in turning Kogi State from the most insecure state in Nigeria outside of the North East, into the safest state in the country within two years of taking Office, according to data from the National Bureau for Statistics (NBS) and other rating agencies.

His Excellency, Governor Yahaya Bello of Kogi State is a leading performer in the Vision 2030 of the United Nations via the Sustainable Development Goals (SDGs). He has exceeded the 35% Affirmative Action for Gender Equity and Youth Inclusiveness. No wonder he is the recipient of the Most Gender Sensitive Governor Award from the National Council of Women Societies (NCWS) which also invested him as the He-For-She Ambassador of Nigerian Women 2021. UN Women and AU ECOSOC have also issued him prestigious Commendations for his exemplary leadership in gender matters.

Governor Yahaya Bello is a committed party man and a matchless political operative who has delivered for the ruling All Progressives Congress (APC) in every assignment handed to him by the National Executive Council (NEC). His Excellency played prominent roles in the APC’s electoral successes in Ondo, Anambra, Edo and Ekiti States. His Excellency is the Treasurer, Progressive Governors’ Forum.

Recently, His Excellency, Governor Yahaya Bello of Kogi State was appointed Chairman of the Youth, Women and Persons Living With Disabilities (PLWDs) Mobilisation and Sensitisation Committee for the APC Membership Registration and Revalidation Exercise, 2021. As all and every Nigerian can attest, Governor Yahaya Bello helped to attract millions of young to older people across the nation to the APC through a colourful and impactful drive during the exercise. Recently, while writing to the President as leader of the party, the national leadership of the APC acknowledged that Governor Bello’s work in this capacity was indeed a turning point for the party. They wrote:

‘(The) Youth, Women and People Living with Disabilities’ Sensitization and Mobilization Committee contributed tremendously to the success recorded in the nationwide membership registration/re-validation exercise’.

Yahaya Bello had proven his mettle once again.

Alhaji Yahaya Bello is a philanthropist who, long before he ventured into politics, was already deploying his personal funds to run three orphanage homes while sponsoring scores of undergraduate and postgraduate students in various higher institutions within and outside Nigeria. He is still neck-deep in philanthropy to this day.

Yahaya Adoza Bello is a devout Muslim who is happily married with children. His hobbies include reading and travelling, although he has fully sacrificed the later in order to sit at home and focus on the job of governing his state and people.

It goes without saying that in Nigeria’s leadership space today, Yahaya Bello is the undisputed front-runner in security, affirmative action, youth inclusivity, unity and diversity. He is the bridge-builder who has stepped in to restore peace and unity to the nation when crisis loomed large. For example, during the face-off between Northern and Southern parts of Nigeria caused by the Shasha Market crises and subsequent blockade of food shipments South, Governor Yahaya Bello brokered a peace deal which not only caused trade to resume normally but also stopped planned reprisal attacks.

Ladies and Gentlemen, the distinguished Governor of Kogi State, or the White Lion as he is popularly called, His Excellency, Alhaji Yahaya Bello!