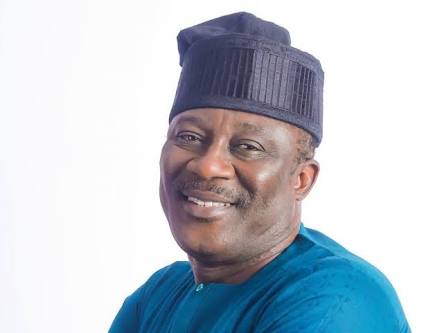 The Deputy Governor of Kogi State, Chief Edward Onoja has Congratulated the Senator Representing Kogi West Senatorial District, Senator Smart Adeyemi (CON), on the Appeal Court affirmation of his victory in the November 16th, 2019 elections in the state.

Onoja lauded the victory, stating that the Courts have upheld the will of the people in the district.

In a through his Chief Press Secretary, Emmanuel Promise, the Deputy Governor charged the Senator to Do More for his Senatorial district and the entire Kogi State and Nation as he has been handed another opportunity by God almighty to elevate his past achievements.

He also thanked His Excellency, Governor Yahaya Bello for leading APC to victory, clinging three Senatorial districts in the state; all party faithful and Kogi West voters who thronged behind the All Progressives Congress mandate of The New Direction ethos which consists of: Sacrificial service, Conscious Character, ethnic and tribal tolerance along religious harmony, sitting on good and youthful governance in the state.

English soccer goalkeeper sent off for urinating during match

Bello appeals to mothers to take advantage of MNHC week

2023: Youths must deviate from old norm, take up leadership role in our nation...