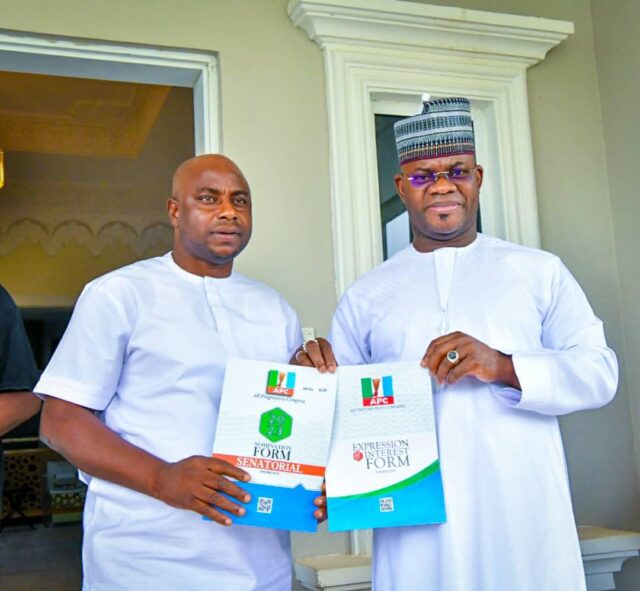 The state of our nation, our states, our constituencies and our senatorial districts today are a result of our collective choices over time as a people. Choices are investments we make in the short term that bring back long term results. These choices are largely influenced by the quality of information we are exposed to.

Information is vital and can be the difference between a profit and loss, between laughter and regret, and between life and death. For us as a people in Nigeria, we need to make informed decisions at this time, even more important as a people of the Kogi West Senatorial District are the decisions we need to make as we approach the primaries of our great party the APC

Our decisions should be informed by questions that have credible answers. Questions bordering around merit, accessibility, goodwill, compassion, character, competence, vision, unity and even more.

Don’t we want our children to have access to good quality education both at home and abroad through intervention and acceleration programs that help to skill and scale youths in tech which is sweeping the entire continent and globe?

Don’t we want our hospitals and health care to be at par with global best practices so much so that you don’t lose a loved one because of a minor health ailment or headache?

Don’t we want to see our entrepreneurs and SMEs become champions of industry because a man with vision and competence was intentional in his negotiations with the Bank of Industry and Bank of Agriculture to help give structure and low interest credit to them to compete with their peers across the country and even the continent?

Are we saying we still want to sell our birth right again for a plate of pottage? Are we saying we can not be better than where we are with intentional and deliberate leadership?

It is true that everything rises and falls on leadership. It is true that we need a man at this point who will take the steering wheel of the Kogi West senatorial district to birth our dreams and aspirations for the district. A man who can represent us and attract the very best of investments and infrastructure to our district.

A man who will not forget us, a man who remains our own at all times, a man who has a track record of making things happen.

Ladies and gentlemen that man is none other ENGR JOSEPH STEPHEN OLO (JOS)with JOS, all our questions will be answered. With JOS, we are sure of effective representation come rain come shine.

The big Question is who is ENGR JOSEPH OLUSEGUN STEPHEN (JOS)

Time and space will fail us to mention all of the things that make Engr Joseph Olusegun Stephen the candidate you should vote.

Among all the Aspirants in Kogi West senatorial, he stands towering high as a man who has contributed immensely to the socio-economic, socio-political and socio-cultural advancement and preservation of the district and we believe that the reward for good work is more work.

It is indeed true that when someone passes a class, he should be promoted. ENGR JOSEPH OLUSEGUN STEPHEN has not only passed a class, he has passed all the exams that we the people have set for him and as such should be the man to represent us in the red chamber come 2023.

With all the aforementioned, you can not claim ignorance. Dont sell your future for a pittance. Vote a man that will safeguard the future of our children, of the next generation and of posterity. The primaries are just a week away. Make the right decision and free your conscience from daily judgement and regret.

Police storm Abuja home of Senator to arrest him for invading premises of media...

We use ‘banga’ as guns during operation — Robbery suspects

2023 Presidency: The Youths as The Leaders of Today