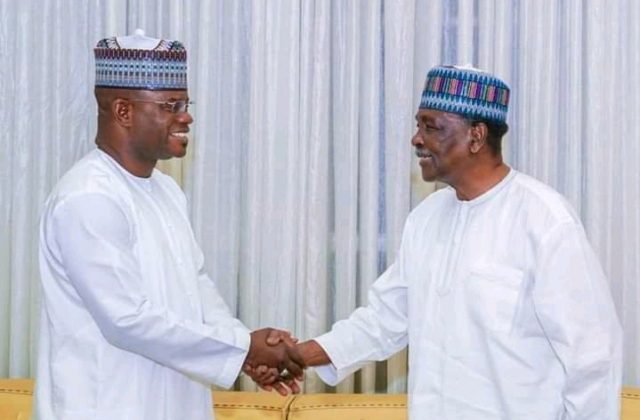 Kogi State Governor, Yahaya Bello has celebrated Former Military Head of State, General Yakubu Gowon on the occasion of his 87th birthday anniversary describing the elder statesman as a unifier.

The Governor’s birthday message was contained in a press statement signed on Wednesday by his Chief Press Secretary, Muhammmed Onogwu.

Governor Bello noted that General Yakubu Gowon weathered the storm of the Nigeria civil war between 1967 – 1970 which would have led to the separation of Nigerian’s existence and further introduced integrative policies after the war.

He noted that as an elder statesman, General Gowon has continued to play the role of a nationalist who believes and preaches oneness, unity and inclusiveness of all and Sunday.

The Governor appreciated the former military leader for his support and goodwill towards his administration noting that as a father his counsels were always valued and respected.

While wishing General Yakubu Gowon longer life in good health, the Governor alluded that great men like him were playing a crucial role in guiding younger leaders in the path of leadership which promotes Nation’s interest above selfish desires.

El-Rufai delivers Kaduna North with a landslide victory despite upset by PDP in Zangon...