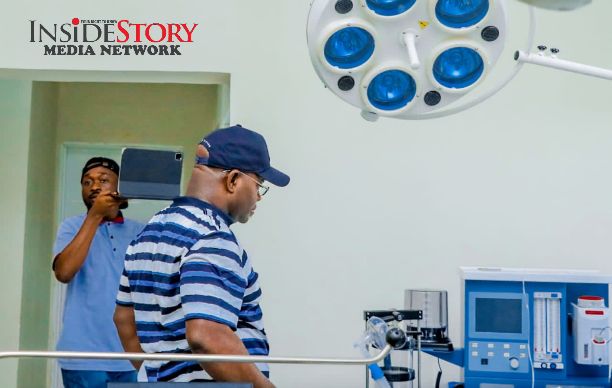 He made this known on Saturday, during an inspection of the Ultra modern General Hospital, Gegu-Beki, KotonKarfe Local Government Area of the state.

The governor added that the hospital would not only serve the people of the local government or the state but owing to its strategic location serve travellers through the route to the nation’s capital and those planning to fly abroad to seek medical attention.

Governor Bello expressed satisfaction with the quality and pace of work done at the hospital adding that the medical edifice from inception was handled by local contractors employed even from within the community and it’s immediate environs.

He added further that many of these individuals who were engaged for the project fall within the youthful age category of 20 – 35 years, putting their craftsmanship to use and produced a quality end result.

The governor speaking on the Kogi state Health Insurance Scheme, stressed that the administration devised a means where those who are affluent would subsidise health care services for those who could not afford it.

He alluded that with such scheme in place, the locals as well as the less privileged would access health care almost for free, while also emphasising that new infrastructure in the health sector would create more job opportunities for citizens of the state.

Earlier, the governor on a courtesy call to the Ohimege of KotonKarfe, His Royal Majesty, Alhaji Abdulrasaq Isah Koto intimated him that his administration has embarked on several projects which cuts across every region in the state.

He added that they were waiting for a time to be fixed by President Muhammadu Buhari who would be accompanied by other dignitaries, including the All Progressives Congress flag presidential bearer, Senator Bola Ahmed Tinubu for the commissioning

In his address, the traditional ruler thanked the governor for the visit noting that his landmark projects were worthy of great commendation.