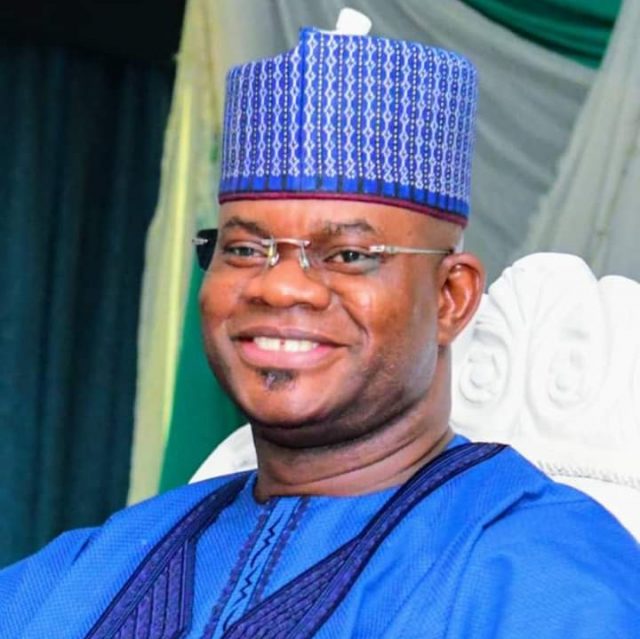 As Boko haram, bandits, criminals, and kidnappers continue to unleash terror and untold mayhem across northern states of Nigeria and the entire northcentral, the governor of Kogi state, Yahaya Bello in collaboration with security agencies in Nigeria, has made it difficult for these men of the underworld to operate freely in Kogi state. A feat that his predecessors couldn’t accomplish.

Bello’s immeasurable determination and exertions have culminated in unprecedented success in the neutralisation and utterly decimation of the security threats posed by the dastardly ‘Darusallam’ terror group operating on the Kogi-Nasarawa border, whose camp was absolutely destroyed by the Nigerian Military recently in a gun battle that lasted for several hours, according to those familiar with the matter.

The military operations were led by the Nigerian Army from the 177 Battalion, Lokoja, and local vigilantes within the state, funded by the Kogi State government which resulted in the rescue of over 100 kidnapped victims and the arrest of 180 kidnappers operating within the deadly camp.

The ‘Darusallam’ terror group had before their obliteration been responsible for most terrorists, kidnapping, and criminal activities orchestrated within the Abuja – Lokoja highway for several years unabated.

Kogi state before the era of governor Bello was a playground for criminal elements who had turned all the major highways in the confluence state into battlegrounds for armed robbery, terrorism, kidnapping, and banditry.

These criminal elements succeeded in attacking the office of the Department of State Security Service (DSS) in Lokoja on September 25th, 2015. This attack left three people dead, while some terror suspects kept in the facility were freed back to society.

Financial institutions in the state were not left out in these heinous and dreadful attacks as a total of 16 bank robberies were witnessed in various banks across the state between 2011 and 2015 and millions carted away to fund terror activities.

Since the emergence of Yahaya Bello’s administration, he has singlehandedly changed these negative narratives. Since his assumption of office as the governor Kogi state on January 27, 2016, he has demonstrated people-oriented strategic policies with the establishment of the Kogi Vigilante Service (KVS) capping them all.

The KVS has since its inception recruited and trained over 6,000 operatives. These operatives are well equipped in intelligence gathering and sharing with government security agencies. They gather intelligence from their localities and share them with security agencies who are better trained for proper implementation and execution.
There is also well-structured collaboration and synergy between the security agencies, traditional rulers, pastors, imams, youth leaders, community leaders, and other security stakeholders in the state.

The Kogi state government has also devoted its scarce financial resources to providing logistics and operational vehicles to security agencies in the state to ease their operations.

Bello’s administration has also been consistent in the monthly payment of about N58million for Kogi Vigilantes; payment of about N50million monthly allowances as well as the introduction of a whistleblowing policy with a reward of N500,000 for persons with reliable information that could foist any act of criminality in the state.

The Kogi State government has within the last few years invested heavily in security technology in order to effectively combat emerging crimes in the state, as it recently commissioned a quick emergency reporting and response operation centre in Lokoja code-named ‘Operation Total Freedom’.

The Vigiscope (Vgs) Operation centre is a technological incorporated security-driven initiative of the Bello-led administration in partnership with a private company (Vigiscope Limited) geared towards intelligence gathering and sharing in c collaboration with mainstream security agencies.

The recently commissioned technologically driven security and safety apparatus, which comprised of three major components namely, the mobile reporter, the dispatcher, and VGs responder is believed to be another step in the right direction by the administration. It enhances quick responses by security and safety operatives across the state.

According to Onogwu Muhammed, the chief press secretary to the governor, in the last quarter of 2019, cult activities resurfaced in the tertiary institutions across the state, the state governor summoned all heads of higher institutions for an extraordinary security meeting on January 3, 2020 and gave a stern warning that any vice-chancellor, rector and provost who cannot curb the menace of cultism on the campus should resign before February 28.

With this directive and the internal security network, over 14 cultists have so far been apprehended while carrying out their illicit activities at different parts of the state between January 8th to February 20th, 2020.

In the same vein, over 200 people belonging to different confraternities denounced their membership at the Prince Abubakar Audu University, Anyigba on Friday, 28th of February, 2020.

On the resurgence of kidnappings in some parts of the state, the state government confronted the criminals ferociously as the Governor quickly established a Mopol Squadron Unit along with the troubled areas of Obajana-Kabba road and Okene in Kogi State.

The government in perfect collaboration with the Nigerian police force had carried out aerial surveillance to identify the locations of criminals and smoke them out using the ground forces, Onogwu narrated.

When it comes to security, Governor Yahaya Bello is standing tall amongst his contemporaries and is ready to do more with the menial resources at his disposal as the Chief Executive Officer of Kogi State.

APC Convention: Buhari denies anointing any aspirant, says there shall be no imposition