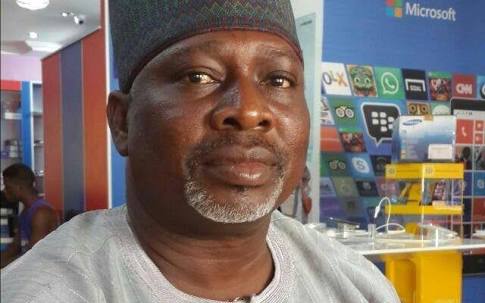 The Kogi State House of Assembly has said that the last week Friday impeachment of deputy governor, Simon Achuba stands, saying there is no going back on the verdict passed by the House.

Chairman, House Committee on Information, Moses Akande (Ogorimangogo, APC) who spoke on behalf of kogi House also accused the judicial panel of inquiry of compromise on the assignment giving them.

Akande said, “Based on the “Rule of Procedure” given to members of the panel, their assignment was a fact-finding one, and were not required to give any resolution.

“The decision of whether the deputy governor is guilty or not guilty is that of the House. If you look at Section 188(11), it says the House of Assembly is the only authority which determines what gross misconduct is. It is not for the panel to say proved or not proved.”

On the issue of the Panel’s report flying everywhere, “I don’t know where that is coming from, can you imagine the Panel chairman who said while addressing pressmen at the assembly complex shortly after he submitted the reports to the Speaker that it is not constitutional for him to disclose what is in report since he has submitted to the appropriate channel, how come few minutes later the whole report was on social media even before the deliberation of the House on the same report, again just to let you know that even the report in the public domain is not signed, for us, we know that the panel has comprised in the process’

In the rule of procedure, it was written boldly that the Panel shall not give the report of their investigation to anybody except to the House of Assembly.

We question the rationale behind the statement credited to the Panel Chairman, Barr. John Baiyeshea on the issue and wonder; what is his interest?

“It is a known fact that the impeached Deputy Governor was on some National Television Stations discussing issues that should be classified information about the State Government, going against the oath of secrecy he swore to himself. Does that not amount to gross misconduct?

Even at the panel, Elder Simon Achuba confirmed that he did appear on those stations then how come the Panel said it was not proved.

Aside from that, he also affirmed through an affidavit that he did commit the offence as alleged and beside the reports he submitted came in three parts, part 1, 2, 3, how come, the version on social media is only part 1 and 2.

In a nutshell, his actions already negate the oath of secrecy, is that not gross misconduct?

“Achuba also lied that he was not paid his salary when the schedules of payment showed clearly that he was paid. These and many more show that he negates his function as a Deputy Governor.

“Basically, our action was based on the report of the Panel and there is no going back from what we have done. If he is not comfortable with our decision, he can go to court”.

We’re passionate about building a leader in every child, Gov Bello says