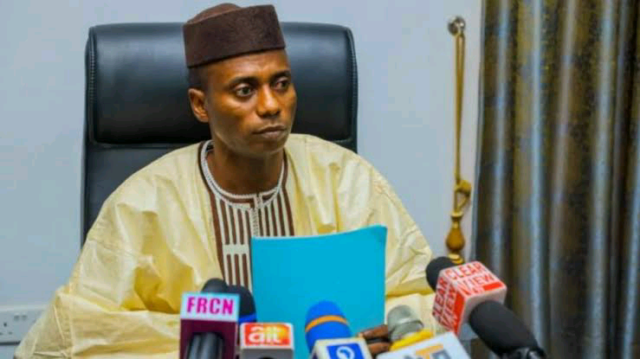 The All Progressives Congress (APC), in Kogi state, has urged all its candidates in the state to comply with the state Signage Law in placing their campaign billboards for the 2023 general election.

The APC Campaign Council Director, Media and Publicity, Mr Kingsley Fanwo, made this known
in a statement issued on Tuesday.

“Whoever wishes to place any campaign billboard anywhere within the state must endeavour to pay the necessary amount being charged by Kogi State Internally Revenue Service (KGSIRS) to avoid any penalty.

“This is because Kogi APC Campaign Council has acknowledged the provisions of the state Signage Law as it affects the display of campaign materials to create awareness for our party’s candidates ahead of the 2023 general election.

“Our party and campaign council is hereby fully committed to paying the subscription fees as well as adhering strictly to other provisions of the law,” he said.

Fanwo, also the state’s Commissioner for Information, commended the state legislature for passing the bill aimed at improving the state’s IGR and environmental sanity.

He enjoined the council’s zonal and local chapters to ensure that the law was strictly adhered to by all candidates within their areas.

He said that Gov. Yahaya Bello has reiterated the readiness of the party to win the election at all levels in the state and has intensified efforts at wooing Nigerian youths to rally behind Tinubu/Shettima’s presidency.

According to him, Bello’s track record in the state will deliver massively for the party more so that Sen. Bola Tinubu has all it takes to fix the economy of this country and take it forward into prosperity.

Fanwo called on all party faithful to conduct themselves in the most peaceful manner during the 2023 poll haven gotten credible and acceptable candidates across the state and the nation.