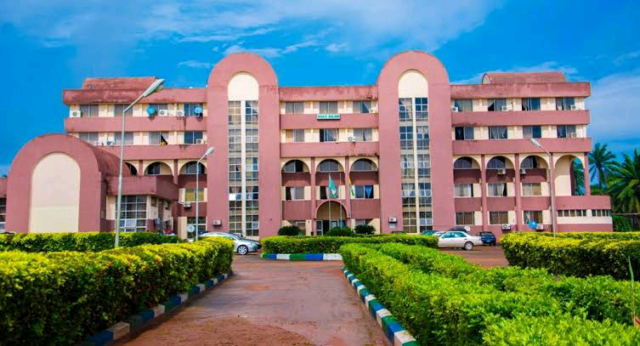 The Kogi State University Anyigba, has described the ongoing judicial proceedings at the National Industrial Court of Nigeria sitting in Abuja that admitted a total of 345 exhibits in a suit filled by 114 Members of the Academic Staff Union of Universities (ASUU) challenging their unlawful sack by Kogi State University (KSU) as a procedural routine that does not confer any advantage to either party in the case.

The Management of the KSU made the disclosure in a statement by the Public Relations Officer, Tairu Momoh while reacting to media reports on the matter. Management expressed confidence in ability of the judiciary to determine the case in the interest of justice.

It would be recalled that Kogi State University (KSU) had by a letter on August 14, 2017, with reference No. KSU/R/EST/EMP/SS/Vol 1, terminated the appointment of the 114 lecturers on grounds of reorganization of the institution. The lecturers had earlier lost at the court of first instance.

The Public Relations unit of the University noted that the action instituted against the University commenced in 2017 and that all that was reported in the said case are normal procedural routine.

The Management said the clarification has become necessary so as to correct the erroneous impression the media report and headlines may have created in the minds of some persons.

Another Season of Poisonous Rumours