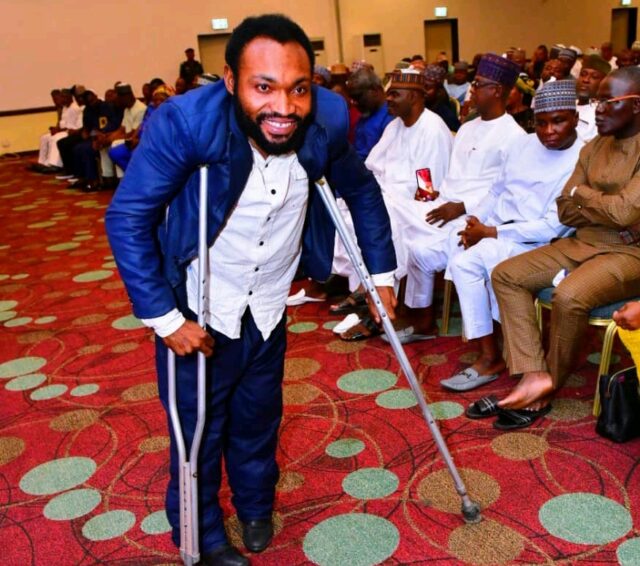 Hon. Emmanuel Aduku, a young man living with disabilities who is an House of Assembly aspirant in Kogi State vying for Ankpa 1 constituency, has emerged winner with a total of twenty two (22) votes, ahead of his opponent, Lawal Akus who scored three (3) votes.

The exercise which held at Ankpa Governor’s Lodge recorded no invalid vote and was relatively peaceful.

InsideStory News reported that Governor Yahaya Bello had endorsed the aspirant during a stakeholders meeting held recently. The governor has always openly shown support for persons with disabilities in his government which has often reflected in his policies, plans, programmes, bills and appointments of such individuals into his cabinet.