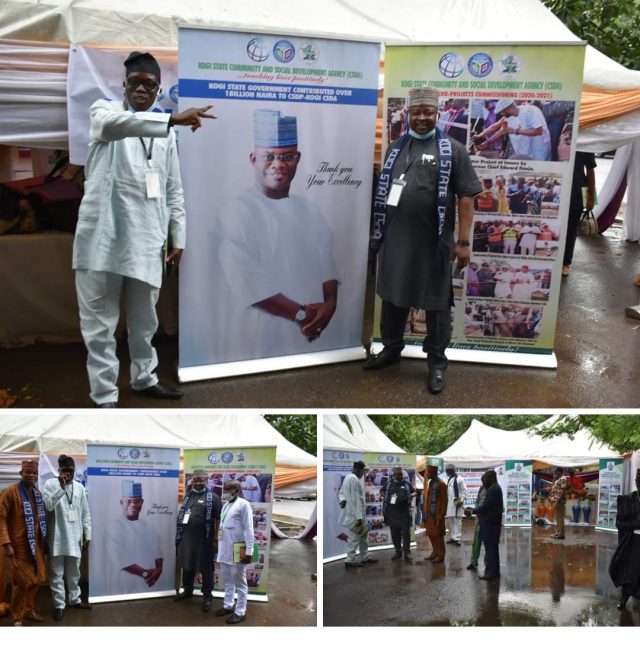 Kogi State was a cynosure of all eyes among 29 states of the federation where the world bank has the Community Social Development Projects implemented in the country.
For its outstanding performances, the agency in the state emerged second overall beating other states.

The eleven year old programme was launched in 2009 for the implementation of the Social Protection Programmes of the Federal Government through the National Social Safety Nets Coordinating Office (NASSCO) and now supervised by the Ministry of Humanitarian Affairs, Disaster Management and Social Development.

According to the Minister, Sadiya Umar Farouq who officially closed the program at the Nicon Luxury Hotel in Abuja the CSDP operated with the core principle of Community Driven Development (CDD) Approach.

“This is a development paradigm that focuses on the needs of the poor and vulnerable and empowering them with development resources to address their peculiar needs.

“Using this unique approach, the CSDP has implemented micro projects in poor communities across the 543 Local Government Areas of 29 states and the Federal Capital Territory. The poor communities are identified specifically through the use of Poverty Maps agreed to by each participating State and FCT.

“The Project has made substantial impact on improving access of the poor and vulnerable to social and natural resources infrastructure
across the benefitting communities”.

Minister Umar Farouq presented an award to Kogi state Government as the state with the “second highest Government contribution” amongst the participating 29 states and FCT she, also thanked the World Bank, the Kogi state government and other states for contributing and participation in the project.

“What we are therefore celebrating today is the eminent closure of the CSDP with clear records of impacting the poor and vulnerable communities and groups across the country”.

In his goodwill message, the Governor of Ekiti state Dr Kayode Fayemi spoke on the topic ‘Repositioning Nigeria for Greatness and Development: The Imperatives of Community Driven Development. He described CSDP as one of the most impactful development projects of the World Bank and a great legacy.

The award was received by the General Manager and the Board Chairman of Kogi State Community and Social Development Agency Mall. Momoh O. Dauda and Hon. Raphael Okomoda representating the Governor of Kogi state, Alhaji Yahaya Bello. The Duo attributed the award to the commitment of the Governor’s support to Kogi CSDA and other donor projects and his love for rural development.They described the Governor as a Rural Development Champion.