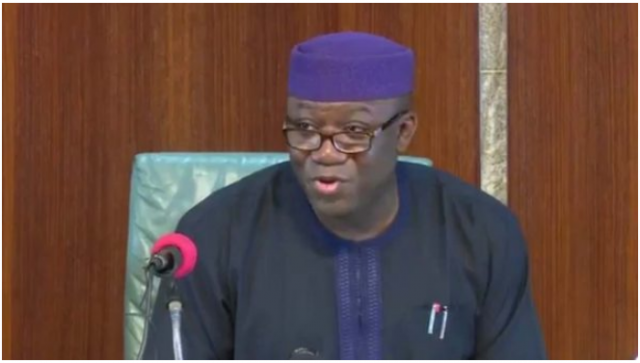 The Ekiti government on Monday said it did not return 1800 bags of rice donated to the state by the Federal Government as palliative to mitigate the effects of the lockdown aimed at curtailing the spread of the COVID-19.

Prof. Bolaji Aluko, the Coordinator of the COVID-19 19 Task Force and Director General, Office of Strategic Transformation and Delivery in Ekiti, made the clarification in Ado-Ekiti.

” We have not rejected or returned any rice to the Federal Government,” Aluko said while dismissing speculations that some of the bags of rice were returned because they were expired.

Aluko was giving the daily update on the efforts by the taskforce to curtail the spread of the pandemic in the state.

He also said government had begun the tracking of commuters who forcefully entered the state with a view to quarantining them.

Aluko urged residents in border towns to give information that could help in apprehending those entering into the state illegally.

” Quarantine points have been provided in all the 16 local governments.

” To also demonstrate our seriousness, some pastors holding nocturnal church processions had been arrested and made to face the Magistrates’ courts,” he said.

The Commissioner for Health, Dr Mojisola Yaya-Kolade, also said two children under the age of 10 were among the four newly discovered COVID-19 patients in the state.

The News Agency of Nigeria (NAN) recalls that the Nigeria Centre for Disease Control (NCDC) on Saturday announced that it had discovered four fresh cases in Ekiti.

” In the four new cases, there were two children of ages 10 and nine who must have contracted it through the 45-year old doctor and only active case before the new cases.

” They are all in an isolation centre. They are responding, doing well , stable and in high spirits.

” With this new development, we have 58 contacts to trace and we have started doing that

” Blood samples have been taken and results are being awaited while the contacts tracing will also continue,” she said.

2023 Presidential Race; Nigerians May Not Have An Alternative To Yahaya Bello