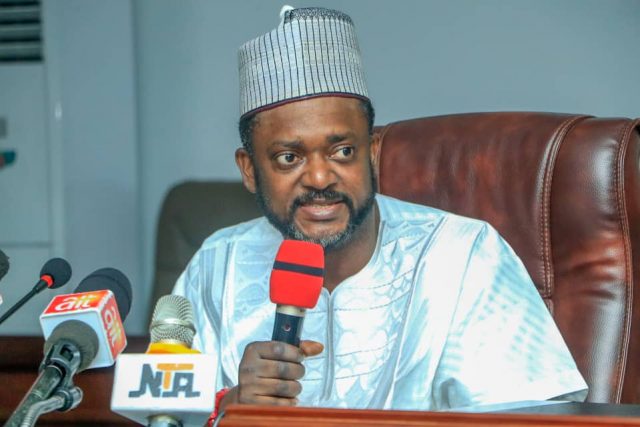 The Governor made this known on Monday while receiving a delegation of Federal House of Representative Committee Members on Steel development led by its chairman and Member representing Ankpa Federal Constituency, Hon. Ali Abdullahi at the Government House.

The Governor who was represented by his Deputy, Edward Onoja pointed out that when completed the steel company tend to be the largest of such in Africa with the potential of employing thousands of people.

He thanked the President for inaugurating a committee for the implementation of the revitalization of the steel company and for also approving the addition of a state representative, on the steering committee.

The Governor mentioned that if not for the current global pandemic the revitalization process would have being at a very advanced stage noting that the FG under the leadership of President Muhammadu Buhari has shown commitment to actualizing the revival of the steel company.

He expressed hope that as international boarders begin to open up, the revitalization process would be back on track, adding that ” it is our prayer that the company should benefit Nigerians, particularly, Kogi Citizens”

The leader of the delegation and Chairman House of Representative committee on steel development, Hon. Ali Abdullahi noted that they were in the state to perform an oversight function of visitation to Ajaokuta Steel Company and National Iron Ore Mining Company, Itakpe to examine the situation on ground.

He opined that the history of many industrialized nations was hinged on steel company revolution hence any country which refused to make the most of such opportunity would continue to import most of its products.

Hon. Abdullahi asserted that as a parliament they acknowledge that the steel company has a huge potential that could help boost the nation’s economy, provide jobs and have continued to give the needed legislative support to ensure its actualization.

The House of Representative, Steel Development Committee Vice Chairman and Member Representing Eti-Osa Federal Constituency, Hon. Ibrahim Obanikoro while speaking with the press mentioned that the committee would take its findings back to the House of Representative in a bid to further the cause of the actualisation of the proposed revival of the steel company.