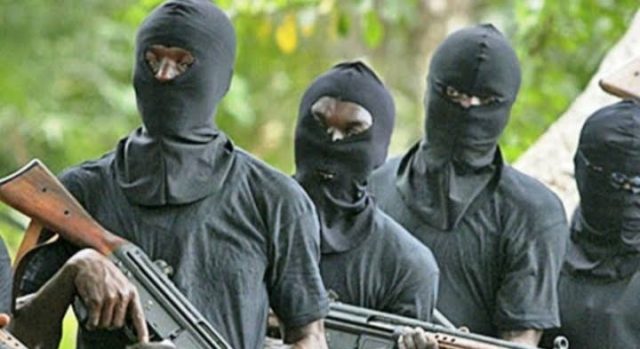 Armed robbers have bombarded a branch of WEMA bank in Iyin-Ekiti in Irepodun/Ifelodun local government area of Ekiti.

The six-man robbers arrived the town around 3.30pm and blasted the security doors with explosive devise suspected to be dynamite.

They carted away several millions in an operation, which lasted 40 minutes.

The robbery attack came barely 24 hours after the police raised the alarm some bandits were planning to invade the state and wreak havoc.

Eyewitness confirmed to The Nation the robbers had shot sporadically into the air to scare residents and traders at the nearby market before gaining entry into the banking hall.

The residents were said to have ran in different directions due to the severity of the gunshots, which sources said had sent jitters round the spines of those around.

Vehicles traveling across Ado-Iyin-Aramoko-Efon road had to take a detour to prevent being caught in the web of gunshots.

“In fact, the police disappointed us. They disappointed the people of Iyin today. The robbers robbed for over 40 minutes without any challenge.

“They came in two vehicles , shot into the air and scared the people around away. In fact, those in the nearby market left their commodities and ran for their lives.

“The police station along Igede Ekiti was not up to 500 metres while the police patrol point along Ado Ekiti should be a kilometre away, but none of them responded for over 40 minutes the robbers operated.

“But we thank God nobody was killed, but the agony of the gunshots was too much on the locals”.

“We got a distress call from Iyin Ekiti about the robbery and we immediately dispatched our men and officers to the place.

“I want to confirm to you that the robbers are being chased as I speak with you and the determination is to effect their arrest.

“We are assuring the people that the hoodlums shall be arrested and brought to justice. Ekiti is not a safe haven for robbers and that we shall continue to sustain”.