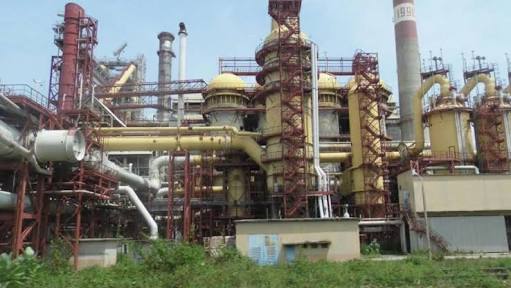 The Senior Special Assistant to the President on Media, Garba Shehu, had revealed that both countries agreed to a bilateral proposal that contained various areas of interests including the Ajaokuta Steel Rolling Mill.

Mr Shehu stated that both countries had a fruitful deliberation and President Buhari’s request for the return of Russia, on a government-to-government relationship for completion and commissioning of the plant was accepted by President Putin.

Mr Bello, in a statement by his Chief Press Secretary, noted that such good news had revived the hope of Kogi State as it would go a long way to boost the state’s economy and solve to very large issues of unemployment as well as limiting the state’s reliance on Federal Government’s allocation.

“The effort of President Muhammadu Buhari in reviving the lost glory of the steel company is an attestation to the fact that he was a promise keeper who sought the good interest and development of the confluence state,” he said.

Governor Bello explained that his government and the people of the state owed the Federal Government a deep sense of gratitude, affirming that the confluence state would continue to give the administration it’s the very best support

The governor also thanked the Russian government for showing faith in the possibilities which the steel company holds for both parties while he assured them of the State’s unflinching support in the steel company revival process.

The governor added the state is grateful to the president for fulfilling his promise of revitalising the steel industry.

The president during his campaign in February at the Lokoja Confluence Stadium assured the people of Kogi state of revitalising the Ajaokuta if returned to office.

Governor Bello reassured the people of the state of his government’s continued effort towards a total economic revitalisation of the state which he noted would help create a more prosperous state, where everybody could thrive.