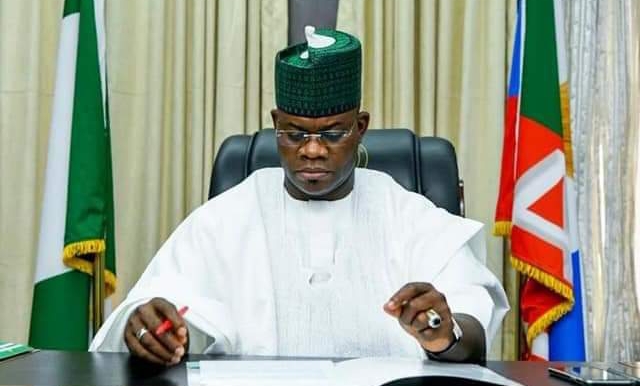 The Governor used the medium to however encourage the youths if the state in engaging in productive Agricultural ventures in a bid to boost their economy.

The Governor made this known on Thursday in his 2020 Independence Day address, commemorating Nigeria’s Diamond Jubilee at the Exco. Hall of the Government House in Lokoja

The Governor also at the occasion launched the Confluence Business Directory platform (CBD) ; an online website which enlists businesses all across the state for easy accessibility by residents and visitors.

He noted that no fierce or unreasonable opposition would derail its administration from delivering on its pledge to deliver strongly on its 2nd term campaign promises to do more.

He noted that a foundational philosophy of his leadership was that once they engaged in what was perceived to be right for its citizen they were content to take either the accolades or the attacks which would follow with a clear conscience.

Gov. Bello noted that his administration no longer have excuses left in delivering good governance as the people have expressed its full support for the All Progressive Congress by electing the party largely at all levels

He mentioned that despite the high unsettledness in 2020, caused largely by the Covid-19 pandemic which the State Government adopted an unorthodox approach to manage the pandemic assisted by God’s intervention

He noted that as the rains were intensifying with damaging impact in some areas, Government was prepared to give succor to affected citizens and residents while he urged those within affected locations not to endanger themselves and loved ones by relocating to the camps provided by the Government.

Governor Bello stated that while security of citizens remained an unwavering commitment of his administration, the Public Service and Pension Reforms have been a huge success noting that issues of Non-payment, late payment and percentage payment of salaries are becoming a distant memory to our workers.

He stressed that the New Direction Blueprint has from the onset ensured that his administration listens and would not stop listening to the people, considering their feelings when taking decisions concerning the state.

How Governor Yahaya Bello Raises Youths As Leaders Of Today