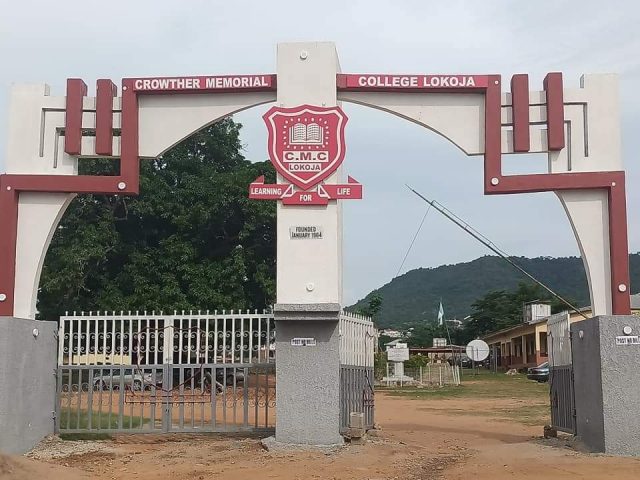 Giving has spirit and to give back to individuals, groups, associations and institutions where one was made through tutelage takes a heart embedded with a sense of gratitude. This is why many educational institutions wish that old students are able to remember how the teachers impacted them to become people of societal relevance and be able to contribute to the development of such institutions.

Education is not cheap anywhere and like other areas of important amenities to make life better, no single institution – not even government, can provide all infrastructure necessary to improve human life. Thus, the efforts of the Old Students Alumni Association of Crowther Memorial College, Lokoja towards giving facelift to the physical infrastructure in the institution was something that has raised hopes among stakeholders in the school who have seen how multi – million naira has been sunk into some important areas of need.

One of the flagship structures erected in the institution in addition to repairs carried out around the school – the school gate – has been applauded as many other alumni bodies have taken dressing and ready to replicate same in their former colleges. The structure alone cost multi – million Naira and has raised eyebrows – positively as the gate is only his type in Lokoja climes. Equipped with modern method of gateway into edifices, the design has some states of the art blueprint with glittering lightings at night.

As part of plans to have effective job delivery for any areas of intervention by the association, the old students formed a committee called the Project Management Committee (PMC). The PMC is peopled by tested and trusted former public office holders who have distinguished themselves in their careers – including academic dons like the former Chairman of Kogi State Civil Service Commission, Professor Ibrahim Shuaibu; Dr Denja Abdullahi (Marafan Oworo) – Chairman – Alhaji Adamu Ahmed Tijani – Treasurer; Dr. Aminu Isa – Secretary; and others.

National President of the alumni, Colonel Yomi Dare had applauded the PMC for members’ diligence to work on all the projects executed so far. He particularly thanked the chairman and his members for their patience, dedication, transparency and commitment towards ensuring quality work was delivered for the good of Crowther and the next generation. He said the names of members would be permanently etched on the new gate project for the sake of posterity, a suggestion that was turned down by the chairman who in turn said the services of the committee was to the benefit of the young students and humanity.

Earlier while presenting some projects to the alumni recently, the chairman had informed the alumni body that the gate project which was recently completed began with his committee engaging the services of an architect to ensure quality of work.

Dr Denja then recommended that the Association should give a special commendation letter to the architect for the job he did to the association as he did not also negotiate for payment, doing that on familiarity basis. He added that future projects should be properly designed, costed and budgeted for before commencement of work, adding that all class sets and individuals who contributed to the success of the project should be appreciated through written letters.

Crowther boasts of some notable individuals who either passed through it at one time or the other and many who actually finished from there that are within and outside the state and many that are overseas. For instance, the speaker of the state House of Assembly, Rt. Hon Matthew Kolawole is a one – time student while the immediate past head of Kogi State Civil Service, Mrs. Deborah Ogunmola is an alumnus. The State Chairman of Science, Technical Education and Teaching Service Commission (STESCOM), Mrs Cecilia Cook is an active member of the old students association.

CAN awards Gov. Bello as ‘Friend Of The Church’