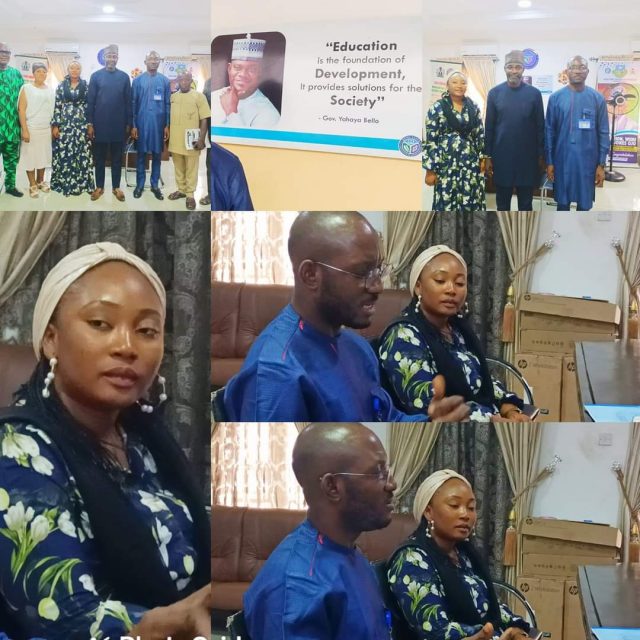 With the policy of the current administration which has promised to dedicate 20% of next four years’ budgetary allocation to education, Governor Yahaya Bello has been described as doing all he can to take the sector to enviable heights.

Kogi State Commissioner for Education, Science and Technology, Hon Wemi Jones gave the assertion on Monday in Lokoja shortly after a meeting he held with the representative of a UK based International Science and Research Institute in Lokoja.

He said the discussion which centered on Curricular upgrade which involves the use of Science, Technology, Engineering and Mathematics (STEM) was something the Governor is passionate about as demonstrated in the administration’s decision to establish the Confluence University of Science and Technology (CUSTECH), Osara.

Hon Jones noted that the ideas shared during the meeting resonates with the ministry’s plans for the sector in the state, saying Education had gone beyond the conventional method of knowledge impartation.

The Commissioner said the establishment of the new model Science Secondary Schools in the state, a project that has commenced in earnest also points to the fact that Governor Bello means business for the people of the state and the country.

He stressed that the representative of the International Academy of Science and Research, Dr Adeniyi John has presented a proposal which covers beyond the STEAM idea to curricular development among others, adding that his Ministry would look at it with the hope of presenting it to government for further deliberations.

Hon Jones however assured that the commitment of Governor Bello was unwavering, noting that in days to come, government would make a decision that is in tandem with the vision of the Governor.

On his part, the representative of the International Academy of Science and Research, Dr Adeniyi John told our reporter that the interest of his organization was to bring the best obtainable global requirements in education to Kogi State with the hope of empowering young people across the state.

He noted that STEM has become the in – thing, hence the need for Kogi State government to commit to it and create opportunities for bringhter future for citizens of the state.

Dr Adeniyi said his Organization is also ready to partner an international university of repute in India to introduce some programmes in CUSTECH, where graduands would be internationally certified and stand shoulder to shoulder with anyone globally.

On her part, the Senior Special Assistant to the Governor on Informal and Vocational Education, Hon Nanahauwa Raji who expressed happiness about the meeting said she decided to facilitate it because of her vision for the informal sector and how it is capable of revolutionizing the state’s economy and the Education sector.

She noted that vocational education globally has gone beyond just learning the trade of make-up and tying of scarf, noting that there are other more advanced Vocations that would contribute to science and technology without much rigours.

Mrs Raji thanked the state Governor, Alhaji Yahaya Bello for his pragmatic efforts towards making the state better for the citizens, and urged all well meaning Kogites to continue to support the Governor in his presidential aspiration.

She also thanked the Chief of Staff to the Governor, Pharm Abdulkarim Muhammad Jamiu Asuku for being a listening leader and for providing guidance for appointees in the government of Alhaji Yahaya Bello.