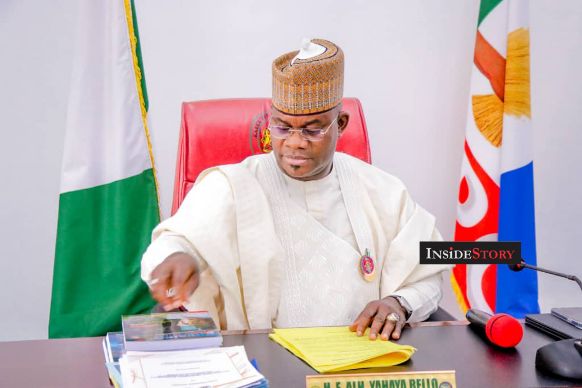 The Kogi State Executive Council has approved a proposed budget estimate of N107,90 billion to be sent to the State House of Assembly for passage into law as appropriation for the 2023 budget year.

The Council agreed on the budget proposal during an Executive Council meeting chaired by Governor Yahaya Bello on Thursday.

Briefing newsmen after the meeting, Commissioner for Finance, Budget and Economic Planning, Hon. Asiru Idris said the proposed budget tagged “Budget of Transformation” has a total estimation revenue, recurrent revenue and capital receipt of N107,090,782,292 while the total estimated expenditure, recurrent and capital is 107,090,782,292. The Commissioner added that the 2023 proposed budget is a balance budget of 172,090,787,292 naira.

Also, Hon. Asiru disclosed that the council has approved the sum of N250 million as counterpart funding for the Adolescent Girl’s Initiative for Learning and Empowerment. The initiative he stated is a World Bank counterpart funding targeted at helping adolescents in the state.

Earlier, the Commissioner of Information and Communications, Hon. Kingsley Fanwo disclosed excerpts from the state exco meeting stating that Gov Yahaya Bello received an award from New Telegraph Newspapers as the best Governor in youth and women empowerment.

Hon Fanwo stated that the governor has done exceptionally well, particularly in areas of political women inclusion and youth empowerment. He said the governor dedicated the award to the people of Kogi state.

“Council also approved the procurement of new 32-seater operational vehicles for Kogi United and Confluence Queens.
This approval was given in light of Kogi United’s heroics in the Nigerian Professional Premier League and the heroics of Confluence Queens goalkeeper during the Under-17 Women’s World Cup as a reward for their accomplishments.

Other memo approved by council includes:

A memo to transmit a bill for an amendment the Kogi state Utility Infrastructure Management and Compliance Agency law.

A memo for a bill to establish the Kogi State Road Funds and Management Board.

Also approved is a memo that will translate into an executive bill for a law to establish the Kogi state Rural Access Road Agency (RARA).

“RARA will primarily focus on rural roads throughout the state.
This is an initiative, however, to ensure that good, motorable roads are made available in all rural areas.” Fanwo said