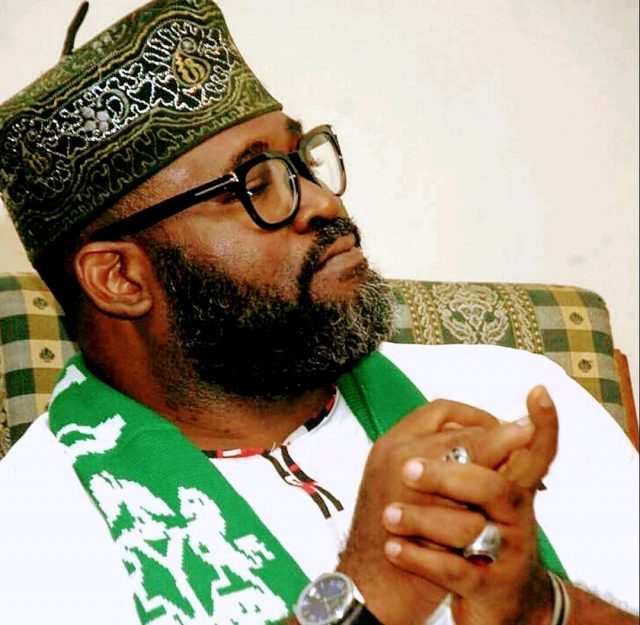 I would not have responded to that uncouth and demeaning press statement penned by one Chief Alex Ogbonnia and credited to Ohaneze Nd’Igbo, but for the tissue of lies, perfidy and conceit that liter that ignoble effort at rewriting history.

First that Press Statement clearly exposes the Ohaneze disrespect and disregard for Youth. Does Youth to Ohaneze mean the inability to follow the events of history properly? Does blackmail legitimize falsehood? And to what end was that mendacious Press Statement credited to Ohaneze Nd’Igbo?

I am a Nigerian of Igbo extraction, and do not subscribe to ROTATIONAL PRESIDENCY, and there are millions of Igbo who believe that Competency and Capacity must denominate the entire space of our politics as 2023 approaches.

Again there is also no Constitutional backing for Zoning and or ROTATIONAL PRESIDENCY. Infact the Constitution of the Federal Republic of Nigeria as amended provides for the freedom of all citizens above the age of 35 who possess the requisite qualification to aspire to the office of President. To zone and or restrict the High Office of President to a particular region or zone is therefore unconstitutional. How does that logical argument of Governor Yahaya Bello of Kogi State merit the kindergarten response of one Chief Alex Ogbonnia who claims to be the Spokesman of Ohaneze Nd’Igbo? Even more curious is the effort to drag a highly respected Socio-Cultural group like Ohaneze Nd’Igbo in the mud by deploying very unworthy and uncharitable language in that foul attempt by Chief Ogbonnia to rewrite history.

Let me state prestissimo that that 1998 meeting at the National University Commission Conference Centre in Abuja referred to in the Ohaneze Nd’Igbo statement did not settle the issue of zoning and or ROTATIONAL PRESIDENCY. Yes, there were persuasive arguments on the need for zoning but no such thing was agreed upon. It is on record that a few months after, Chief Alex Ekwueme, Chief Jim Nwobodo and a few others outside the Southwest zone were to contest for the Presidential Ticket of the Peoples Democratic Party against Chief Olusegun Obasanjo who was the leading candidate of the Southwest in the PDP primaries. So where and when was zoning/ROTATIONAL PRESIDENCY settled?

Noted that Governor Yahaya Bello may have been in Ahmadu Bello University at the period in our history that that Ohaneze statement seek to misrepresent, must they deny the young man the right to an informed position on the Nigerian polity? Must they continue in the ignoble trajectory that denigrates Youths? When will they understand that in the 21st century information is at the finger tip of the Youths? Sad.

If Zoning and or ROTATIONAL PRESIDENCY was settled as a protocol on our body polity, would President Mohammadu Buhari have been a three-time candidate before he won the 2015 Presidency in his fourth attempt?

If zoning/ROTATIONAL PRESIDENCY were a settled item in our polity would Former Vice President Atiku Abubakar have been a four-time Presidential Candidate since 2007? Would the array of Northern and Southern Aspirants who participated in the various Presidential Primaries of the leading Political Parties between 1999 and 2019 have been? To attempt to blackmail a sitting Governor with deceit, falsehood and perfidy is a no no, and this generation has gone beyond such tommyrot.

May I state without an ounce of equivocation that what those who believe in Igbo Presidency should do is deploy tact and diplomacy rather than blackmail and diatribe, because those who believe in competency and capacity as the linchpin for the President we crave come 2023 cannot and will not be cowed.

Finally I implore the eminent leader of Ohaneze Nd’Igbo Chief George Obizor to helm in the rabid Spokesman of the group for Ndigbo are good students of history and do not deploy falsehood, mendacity and perfidy in pursuit of any worthy cause. Ya’gazie.